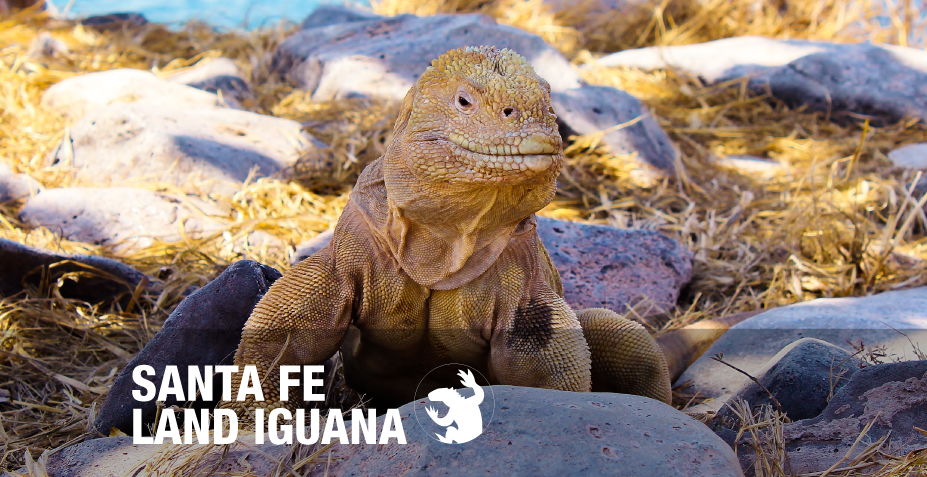 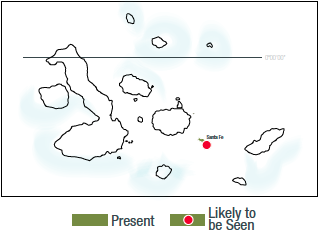 The Santa Fe land iguana (Conolophus pallidus), with smaller dorsal spines and a more brownish colour and tapered snout, lives only on little Santa Fe, an island of 24 square kilometres (9.3 square miles), off the eastern coast of Santa Cruz Island, unlike its more widely distributed cousin, the Galapagos land iguana. Perfectly adapted by its colour to blend in with its surroundings, it is somewhat more difficult to observe than the other land iguana. It weighs up to 11 kilogrammes (25 pounds). Beyond their plant diet, which consists overwhelmingly of the island’s prickly-pear cactus, some individuals have been discovered to eat insects and carrion. In season, it loves the yellow flowers of the genus Portulaca.

Darwin’s finches sometimes feed off the bothersome parasites that can affect these reptiles. The Santa Fe land iguana is categorized as vulnerable given its tiny geographical distribution. The eradication of feral goats in 1971 has helped the species to survive, along with the endemic Santa Fe rat (Oryzomis bauri), one of very few native land mammals (all of them rodents) in the islands. The 3-11 eggs females lay take about 50 days to hatch in their burrows. This island-endemic reptile can only be seen on Santa Fe Island. If you have that herpetology bug, make sure this island is part of your voyage. a 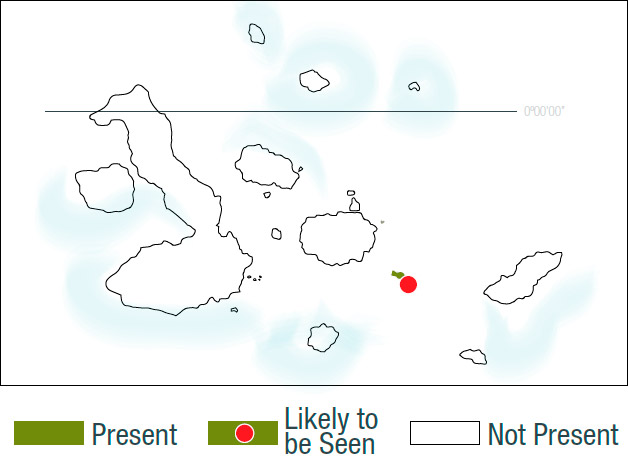